For Ironhack’s UX/UI Design Bootcamp’s third challenge, we had to imagine a new feature for an existing app.

And I chose to work on a Stream Sharing feature for Amazon Prime Video and I called it “Movie Night”. I think watching movies online is great, but it could also be another tool to connect with our loved ones.

Watching the same movie or TV Show at the same time when you are separated, far away, or social distancing can be a special and intimate experience. The Movie Night feature allows Amazon Prime Video users to keep watching their favorite programs with loved ones who may be far away.

I decided to work on Amazon Prime Video because I thought this type of feature was a good fit. I feel like they would be more open to interactive watching experiences than other streaming services, especially because of the exclusive X-Ray feature that allows you to see the actors’ IMDb page and find the soundtrack.

Sharing your movie or show streaming experience is actually something that has been developed by third-parties. There’s quite a lot and can generally be found as Google Chrome Add-ons.

I decided to base my research on the Add-ons called Prime Video Party, Prime Party, and Netflix Party. For the purpose of researching the chat function during video streaming, I looked at Facebook Live and Periscope.

My survey results showed that 42,9% used these types of Add-ons to cope with isolation due to the pandemic, but 57,1% use it regularly as an online event.

My research also showed me that people want to chat while watching a movie together, in fact, 71,5% deem the chat to be essential in the experience. 57,1% consider audio chat to be most comfortable and 28,6% think text chat would be distracting or useless. More simply put, I love how one participant chose to explain this preference:

What’s the point of watching together if we’re not gonna talk? — survey participant

Prime Video introduced individual user profiles in July 2020, which allowed me to imagine sending out invitations to friends who also use Prime Video.

At first, I wanted to allow invitations by searching for registered devices, profiles, or accounts. I decided to make it easier by inviting through an account only. The receiver of the invite gets a notification on Amazon Prime Video, whether they have it on their phone, tablet, computer, or SmartTv. Then, they have to choose which profile they watch from and which device they want to join with. Potentially, two people sharing the same Prime Video account but living in different parts of the world could join the same Movie Night or two different Movie Nights at the same time.

Jobs to be Done

"Jobs to be Done is a theory of consumer action. It describes the mechanisms that cause a consumer to adopt an innovation. The theory states that markets grow, evolve, and renew whenever customers have a Job to be Done, and then buy a product to complete it (get the Job Done)."

So, in this case, people who use Prime Video want to share what they watch with their loved ones and feel closer. The Job to be Done here is to bridge the distance between users.

I got down to the task of making a paper prototype. After a few cutouts and collages, I tested it with 3 people. This was mostly to determine if the placement of the feature made sense to them and if the icons I chose were understandable.

It was decided that the feature should be made available on the movie or show page, and the icon was one of a popcorn bag. I think it conveys very well the feeling of warmth, sharing, and togetherness.

This part required me to clone the actual Prime Video app as best as I could as a first step.

I decided to add a tab to “My Stuff” page, where you could find your Movie Night history along with your Watch history. This way you could invite the same group you watched something with previously to a new event.

From the movie or show page, you can start a new session now or schedule it for later. Choose the people you want to invite over to your Movie Night, through your Amazon Prime Video friends list or other messaging apps. This follows the standard sharing process.

During a session, the host is in full control of the program and the “Play/pause” actions. However, each member is in charge of their audio and subtitles settings. 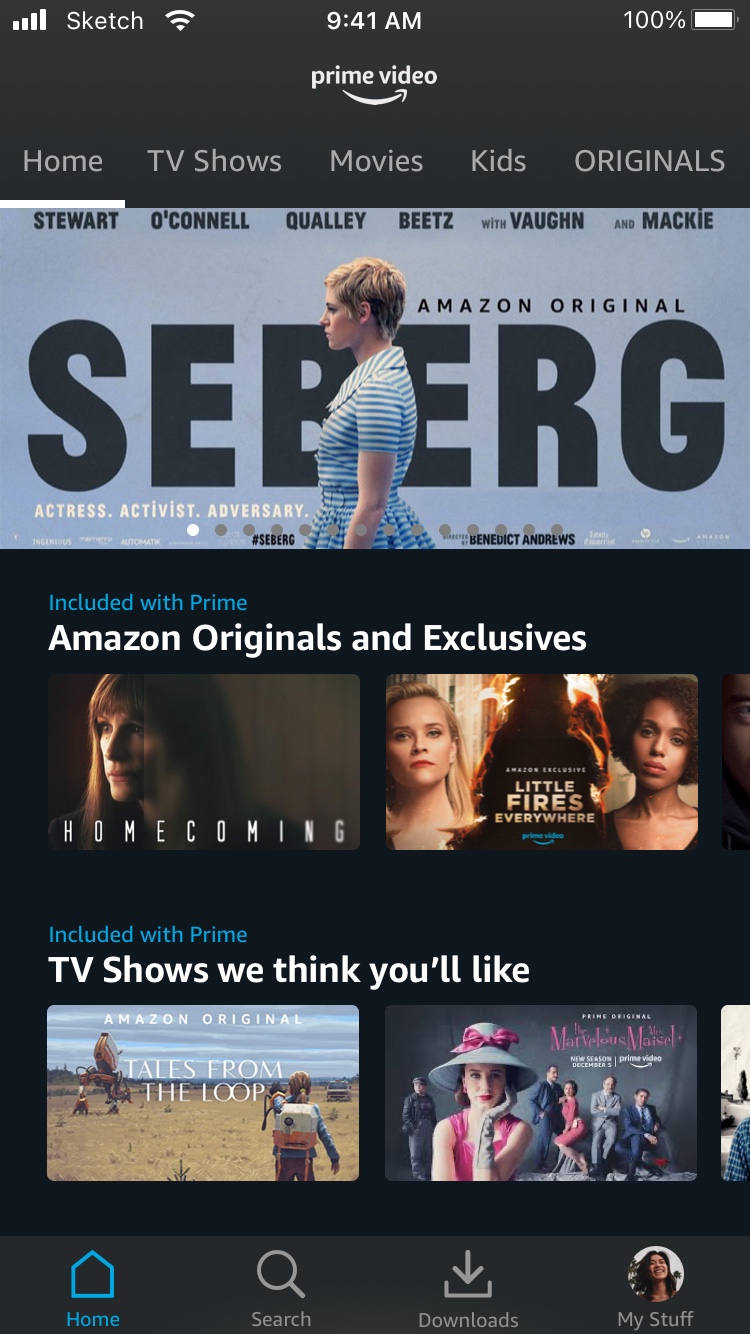 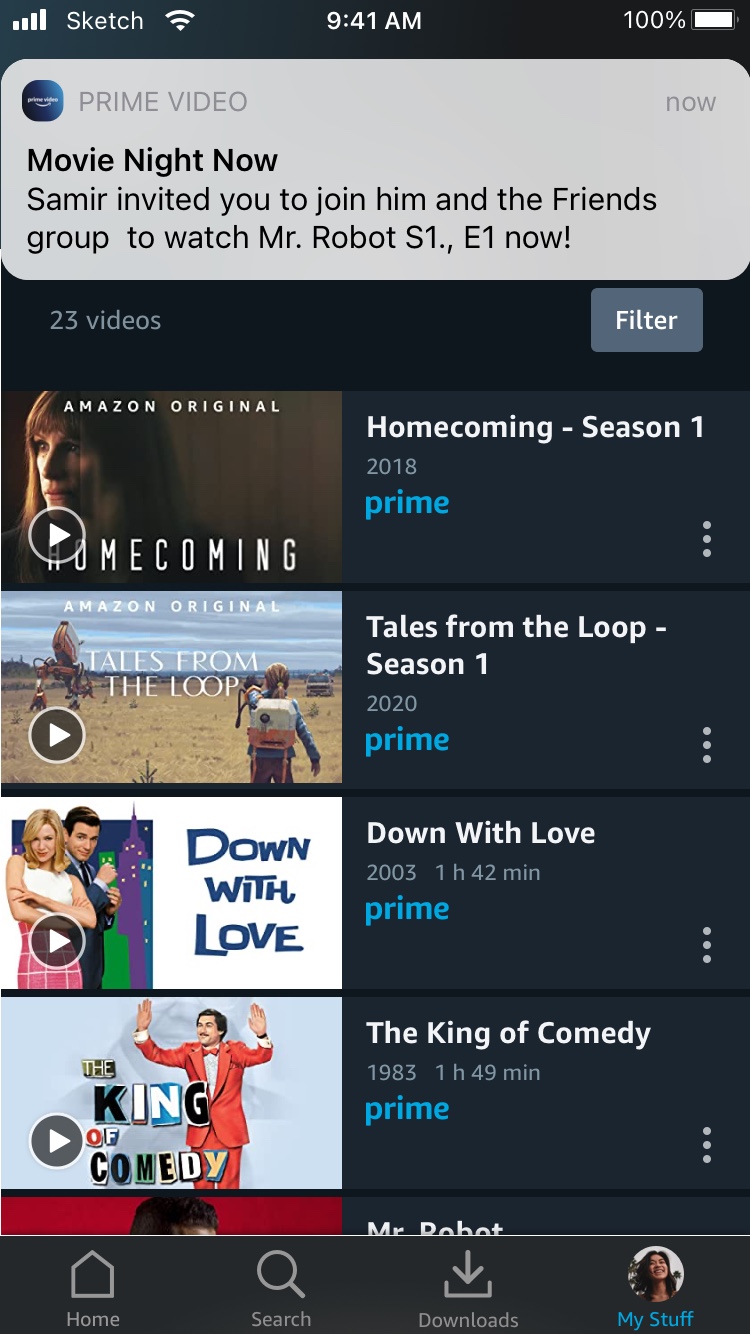 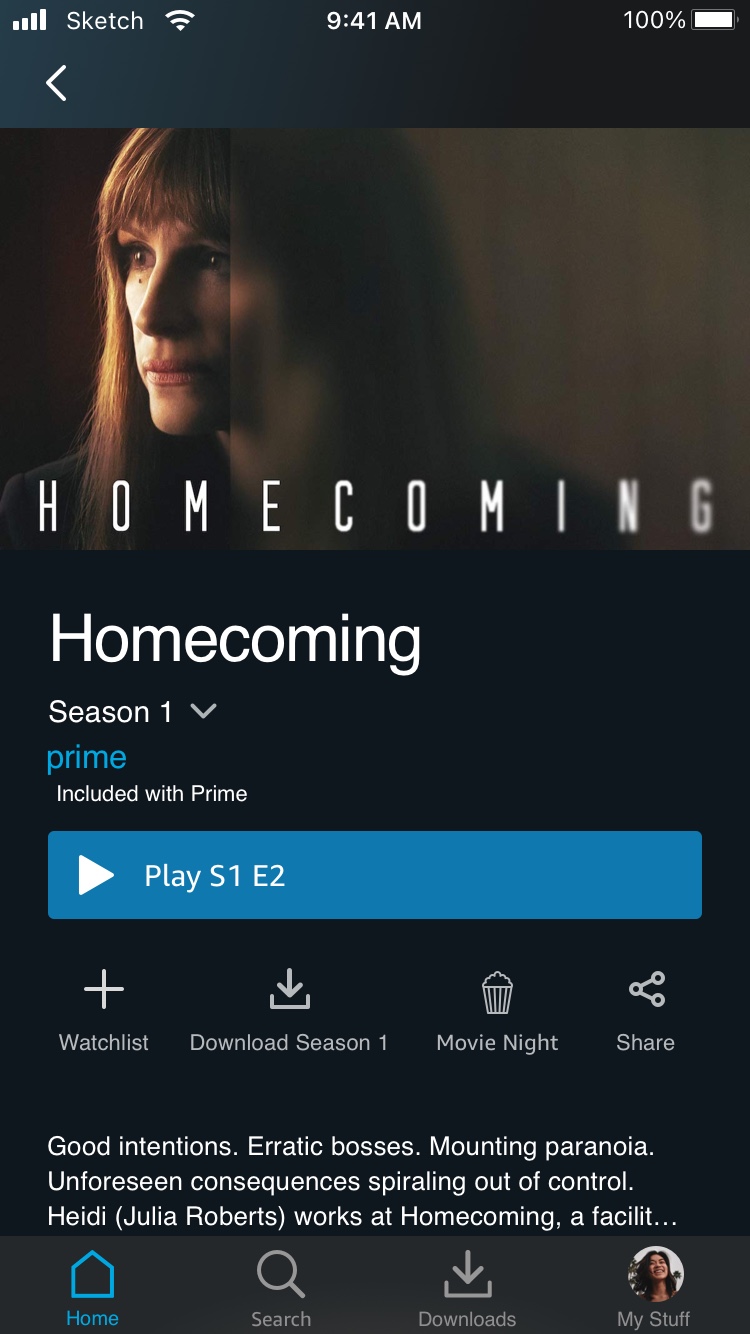 The rich text element allows you to create and format headings, paragraphs, blockquotes, images, and video all in one place instead of having to add and format them individually. Just double-click and easily create content.

How to customize formatting for each rich text

Headings, paragraphs, blockquotes, figures, images, and figure captions can all be styled after a class is added to the rich text element using the "When inside of" nested selector system.

On the bottom right corner, people can choose to chat with Audio, Video, or Text. If the group chats via video, they appear as little bubbles on the right side of the screen. It goes similarly to audio chat, except the bubbles are smaller and the profile picture is highlighted when the speaker is active.

Just like the rest of the viewing settings and options, the bubbles slowly fade away if inactive for a while, allowing to watch the movie or show without obstruction.

Even if my research showed the text chat option was the least popular, I still decided to add it. The text chat forces the movie screen to switch to vertical mode and get squished to the top of the screen. The keyboard appears and the user can type in their message.

In terms of design, I learned a lot since it was the first time I tried to design something from an already established product.

But in the end, I wasn’t very satisfied with my text chat design. So, I think after running usability tests of this prototype it would probably need good refining. I also wanted to add visual cues for notifications related to Movie Night invitations.

Read the detailed process on Medium 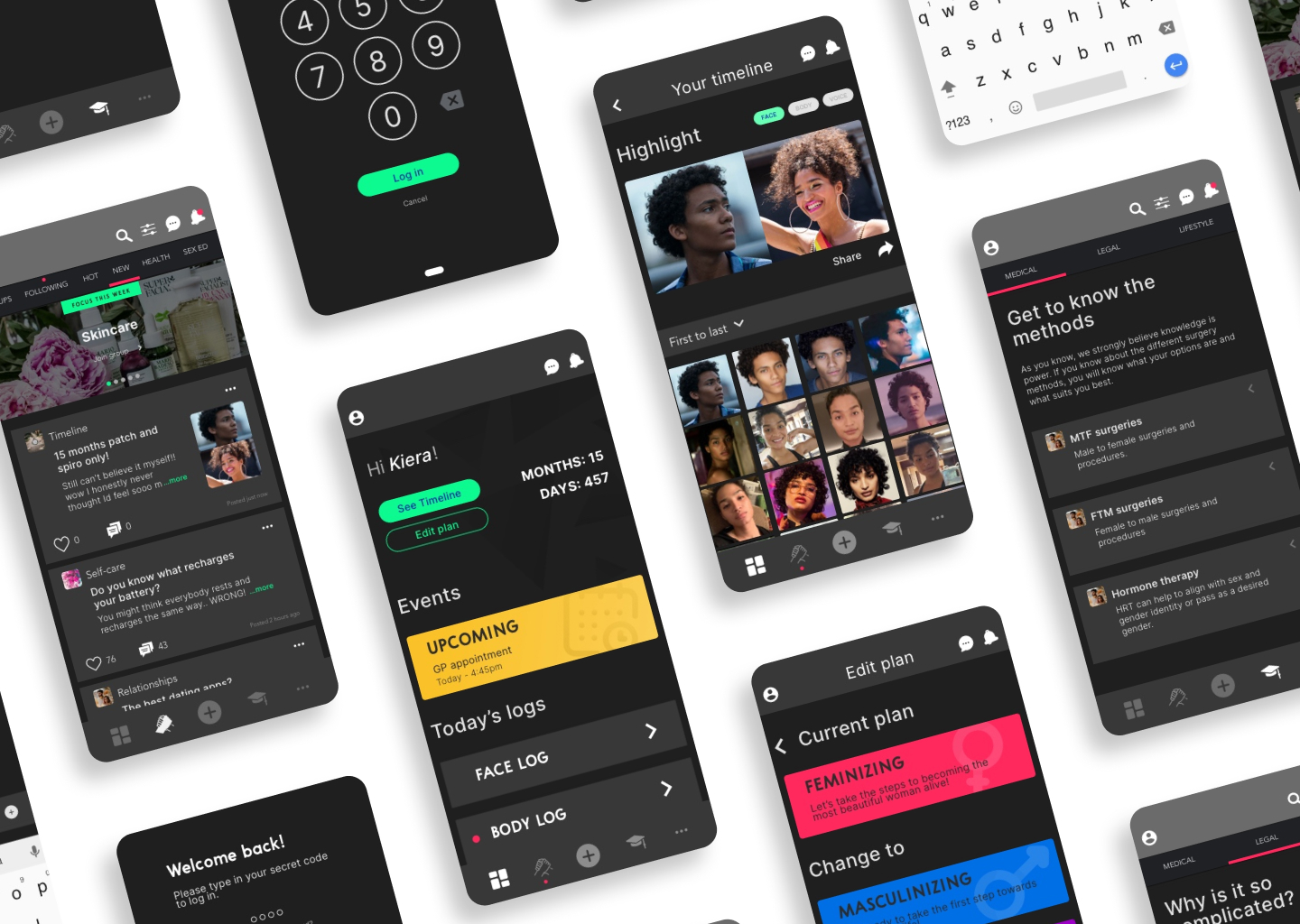